Japan: Between A Rock and a Hard Place

The origin of idioms like ‘between a rock and a hard place’ are found as far back as Homer’s Odyssey where Odysseus must pass between Charybdis, a treacherous whirlpool, and Scylla, a cliff-dwelling, man-eating monster.

After our delegation’s sojourn this past week it seems to me that Japan faces similar, equally difficult choices in today’s recruiting environment. The swirling whirlpool equivalent is the massive accelerating change we are all facing globally but in Japan’s case this is coming just as their nation’s aging demographics are looming larger than ever. With significantly fewer [native born] Japanese entering the workforce economic growth is in danger of imploding unless meaningful solutions are quickly found and adopted.

The island nation of Japan, often isolated, has evolved deeply held views contributing to policies that limit immigration, demand long work hours, supports gender bias and continues to motivate preferences for lifetime employment and large multinationals as employers of choice. These characteristics tend to be more successful (and acceptable) when executing in a stable, predictable world valuing longer-term planning with a rapidly growing, willingly interchangeable workforce. Unfortunately, the changes that would counter their direction threaten hundreds if not thousands of years of culturally embedded traditions.

Japan’s half-full glass is that every sector of their nation is fully aware of the quandary they face. The half-empty glass empty is that ‘Occam’s Razor’ offers only painful choices that will certainly alter their core values. Alternatively, more complex solutions are likely going to be debated well past the window of 5-10 years.

Learning by immersion: our recruiting trip to Japan 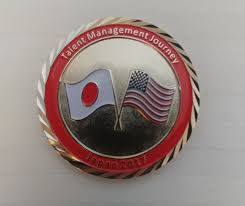 Last week our HR delegation headed by China Gorman had a unique opportunity to review and access a ton of research data from our professional meetings with Ms. Hiromi Murata and her researchers at Recruit Holdings’ Work Institute; Professors Moto Morishima and Tomoyuko Shimanuki as well as dozens of their MBA students from Tokyo’s Hitotsubashi University; Mr. Sadanori Ito, Director for Human Resources Policy, Ministry of Economy, Trade and Industry and half a dozen members of the Japan Society of Human Resources (JSHRM) that included several current and former CHRO’s of Japan’s largest firms.

Many themes surfaced during our stay but, one data set in particular suggested an interesting contrast between Japan and the US that reflected many of the issues in play.

Students we spoke to unanimously confirmed survey data we reviewed earlier that working for large firms is the critical component to a new professionals’ sense of success and well-being. Influencers like parents and professors are complicit in this. The pressure is such that few students even make themselves available to smaller firms until much later in their search. SMBs, whether they are traditional enterprises, non-profits, start-ups, or something else entirely, are avoided like the plague. Safe, secure long-term jobs are their #1 priority.

In Japan, past generations of workers willing to submit to the company requirements for endless work and generic assignments (without necessarily matching skills) were rewarded with a guarantee of lifetime work and a pension. Seniority was the system of record for hiring, promotions…everything. Those who changed jobs were not considered loyal. Almost all professionals in large firms would be considered by us as passive. If we managed to tease one out of a large firm to work at a smaller one, it would be almost impossible to imagine any large firm willing to hire them later in their career. Women leaving the workforce even temporarily for childbirth etc. were seldom able to return to a previous career progression.

An opposite view of employment for US students

Currently graduating US students, even Millennial and Xer cohorts are arguably the opposite in their view of employers. They have a built-in disdain for workaholic parents whose historic loyalty to the job is seldom if ever rewarded in return. Our students are encouraged to greater risk taking by family, educational systems and media efforts that brand large and small firms as employers of choice with opportunities to succeed and grow based on performance.

Lifetime guarantees are no longer in play in Japan from a national policy perspective but, young professionals still believe that larger firms will tend to honor and reward longer tenure. And while there are examples of successful start-ups in Japan a la Silicon Valley, they are few and far between. Policy may be changing but larger firms are slow to adopt. A generation of seniority leaders is still in power. Layoffs are very uncommon. As a consequence, firms are also reluctant to over hire in anticipation of growth. Fewer than 10% of the graduating seniors will be absorbed into large firms in 2017. Unlike the US, these large multinationals have little competition and can all [still] cherry pick the best and brightest. But, like the US, most jobs are in SMBs who are desperate to hire (and in Japan there are twice as many openings as [acceptable] people to fill them).

Like Odysseus Japan is being pushed hard by global storms and internal changes that will take a few years before its journey finds safe harbor.

So much more to process. We hope to have a series of discussions with members of our delegation to debrief our experience in the next few weeks. Stay tuned. We also appreciate and thank Maury Hannigan, SPARC and Aaron Matos, Paradox for their support and partial sponsorship of our trip.

A veteran of recruiting and HR, Hoyt is a sought-after speaker with presentations including national conferences with SHRM, LinkedIn, HR Technology and others in the USA as well as iRecruit, Australasian Talent Conference and more abroad. Chris has been promoting and leading full scale and enterprise-wide integrations of social media and mobile marketing within workforce strategies for his entire career. His expertise and passion for interactive/social recruiting, candidate experience, and both national and international recruiting strategies are all areas that Hoyt now leverages as co-owner and President at CareerXroads, a Recruiting/Staffing consulting and think tank organization that works with corporate leaders from around the world to break out of traditional recruitment practices and push the envelope in an effort to win the ongoing war for top talent.

A new challenge for high-volume recruiting

A different focus on underrepresented talent

In this round of research, the CXR team took a slightly different approach and asked company leaders and practitioners within the talent acquisition field about...

Japan: Between A Rock and a Hard Place