OPEN group to any registered user of the CXR site.  Members and non-members can connect on anything related to talent acquisition/management and HR.

The US Capitol Was Attacked. How Are You Talking About It At Work? 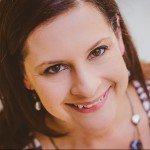